OUR AIM: To provide you with a safe and enjoyable tour of the Abel Tasman National Park with the highest quality of service, equipment & guides while continually looking to maintain or improve the natural environment.

We are a small sea kayak company in the Abel Tasman National Park. R&R is all about having fun and being relaxed while still maintaining the highest level of service and safety 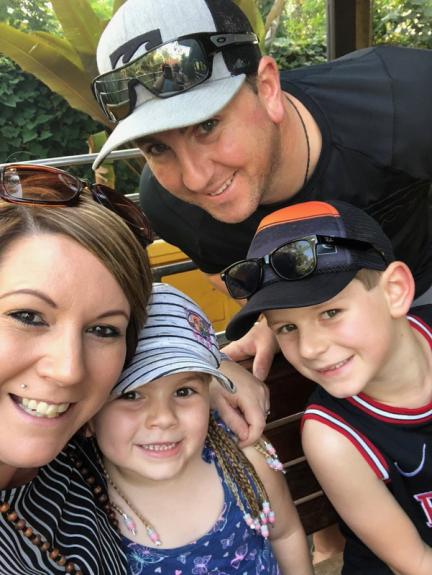 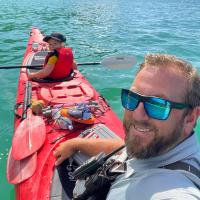 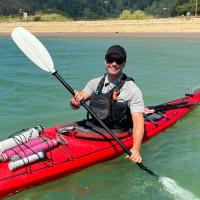 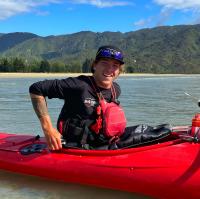 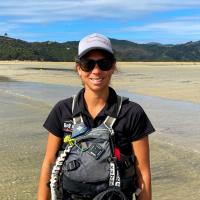 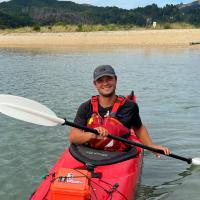 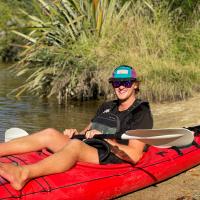 We understand as an adventure tourism business that environmental sustainability is a key factor for us moving forward. It is one that needs to be carefully monitored and improved to make our environment that we operate in sustainable in the future and hopefully prosper which will allow us to provide a higher quality experience for our guests.

We feel that waste management is a big part of reducing our environmental impact. For this very reason we have set up a designated recycling area for our guests and staff to use. We have implemented recycling and compost bins in our kitchen. We provide paper towels for drying hands for our guests which are then collected and either recycled, put into compost or burnt to reduce the amount of these going to landfill. We choose certain products where possible that reduce our rubbish and that are recyclable or compostable, while still maintaining high standards for our guests.
Our waste water / septic system is an eco-friendly and self-draining system that breaks down in the tanks and slowly drains away and is not going back to any town supply or large treatment plants.

We have a low impact when it comes to overall usage of energy and resources, but we still continue to limit this and reduce where possible. We make sure that where possible all lights are energy efficient and turned off when not needed.
All the water we use on site is 100% rain collected from our building and put through a filter and UV light system to provide our staff and guests with clean, drinkable water. We reduce the amount of water used by having a hose with triggers to stop the water when not needed. We fill our bathtub just once daily for washing our gear rather piece by piece.
We use where possible, eco-friendly detergent and soaps. We minimise the amount of washing we do to maximise the energy savings and effect to environment. We ask our guests not to use any soaps when using the outdoor showers.
Fuel is calculated and gathered through invoices. This is monitored and reduced where we can. We reduce our fuel spend by not running our pick up service for low numbers of people unless we have to. This is done by working closely with other operators and working together to fill one van/bus for all guests rather than all of us running vehicles for low numbers.
Future planning for R&R is to move to solar energy. This is would be collaboration with the land owner to organise and make this happen for the future but this would make our business fully self-sufficient with power, water and septic system.

We require all of our staff to be aware of the impacts of these and we educate and inform them about the impacts through staff training. We also ask that our staff become advocates for this and talk to and teach their guests about the importance of reducing waste, picking up rubbish and using reusable products and/or recyclable products where possible.
Our guides are committed to operating to the ‘Leave No Trace’ guidelines and are put through training for this at the start of each season.
We ask all our staff to embrace this mentality and strive to be guardians of the whenua and moana and protect it today so all can enjoy it tomorrow.

We feel and believe as a tourism business in New Zealand that we have to be careful to not over load New Zealand and turn into factory farms for tourism like so many other areas around the world or even some parts of New Zealand. Because of this, we have set our business out to provide a high level of customer service, a high level of quality equipment and high value/quality experience which is inclusive for all to be involved in.

Inclusive tourism is not just about being accessible but to be inclusive for all abilities. We are proud to be a gold certified ‘Inclusive 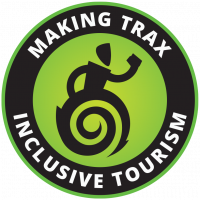 Tourism Operator’ through Making Trax. We fully support this movement and inclusiveness which opens new avenues for clients and guests and we plan to be an advocate for this as well staying a part of this group and supporting it in the future.
We have been working with the Foundation for the Deaf for the past few years and have organised interpreters to help with delivering safety briefings to deaf clientele. We have also sent out guides with deaf clientele to ensure safe and enjoyable experiences for all and to make what they thought was impossible, possible.
We will also guarantee to open our doors and provide open days for certain charities that want to come and give kayaking a go.

We feel strongly that all New Zealand’s culture needs to be embraced, learnt, taught and showcased to our guests whether this be Māori culture, NZ European culture or different languages but to put it simply New Zealand culture.
We have integrated a strong presence of Māori design and language throughout our branding which includes website, brochure, marketing material and base signage.
At the start of each season we put our staff through Māori language training which consists of pronunciation, history, legends, protocols and appropriateness.
We feel that this gives us an increased experience for our guests while upskilling and training our staff correctly. 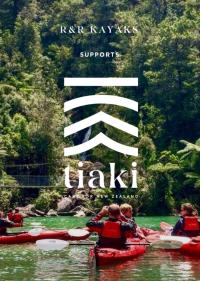 To care for people and place.
New Zealand is precious and everyone who lives and travels here has a responsibility to look after it. The Tiaki Promise is a commitment to care for New Zealand; for now and for future generations. By following the Tiaki Promise, you are making a commitment to New Zealand. To act as a guardian, protecting and preserving our home.
We have taken this promise and have asked that our staff take this promise with us. We believe that we have a great opportunity and positioning to train and teach not only foreign travellers about this promise but fellow kiwis also. If we can get all of NZ to take this promise and we all become guardians (kaitiakitanga) of our land and show everyone the respect and hospitality (manaakitanga) they deserve, then together we can achieve great things. 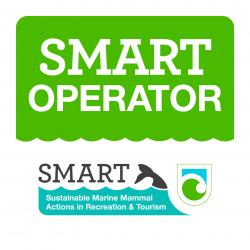 SMART (Sustainable Marine Mammal Actions in Recreation & Tourism). We were the first kayak operator to achieve this award in all of NZ and are still only 1 of 3 kayak operators to have this certification.
This certification is achieved by having all staff training in sustainable marine tourism, appropriateness around marine mammals, rules and regulations around marine mammals.
As a business we have been audited by DOC to show that we also represent these values in our business, our marketing, our imagery and training of staff.
By running under this SMART title we are making sure that we are doing everything we can as a business to maintain and grow our natural marine mammal life for the future.

Where possible we will always choose to buy from or use suppliers that also have similar ethical views and policies to us. We will try and buy as much equipment and supplies from local businesses in the area to make sure we are supporting local and helping the community economic environment. We will choose NZ made products rather than imported products to help grow New Zealands economic environment and where possible we will purchase products that are eco-friendly and can be recycled, reused or compostable.

Our base is purpose built - just for sea kayaking! 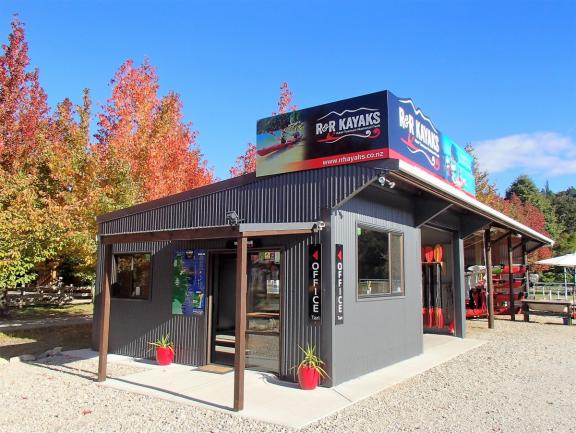 Our base near the entrance to Abel Tasman National Park is a brand new facility and has been purpose built and designed for sea kayaking.

We are ideally located to all amenities in the Abel Tasman - we are located next door to two accommodation providers - Abel Tasman Haven and Abel Tasman Lodge and only a five minute walk from all other accommodation types in Marahau. Another bonus about our location is that we have Abel Tasman Aqua Taxi - Marahau's main water taxi company, right next door.

From our base, it is only a short five minute walk to the start of the Abel Tasman National Park coastal track and three amazing cafe/bars.

At our base you will find: